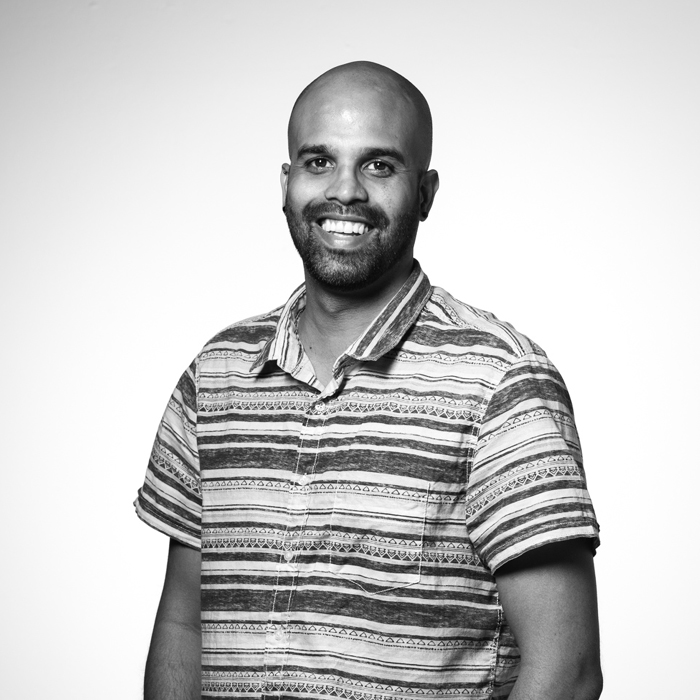 A Graphic & Multimedia Design Professional with a track record for excellence. Jean-Eddy Moutou has worked in the Northern Territory creative industry for 12 years. He has directed, videoed, edited and produced high-quality television advertisements for local businesses such as the Embella Jewellery series of advertisements as well as print magazines and cut through advertising campaigns. With the ability to combine highly effective and powerful imagery and sound, with emotive words, Eddy has single-handedly developed a solid reputation for quality, creativity and excellence in the Territory and beyond.

Cool under pressure when pretty much anything and everything lands on his desk. He is the office nice guy with a sweet tooth and willing to share his chocolate as well as upskill his design peers and lend a hand at a moments notice.

Eddy can be described as a Swiss army knife of talent. He has an incredibly diverse skill set that includes motion graphics and can apply creative solutions across an entire integrated campaign including video, digital and branding. There is nothing in the Creative Cloud Suite of programs that he doesn’t know to use and on weekends you might find him DJing around town or taking photos at live gigs.